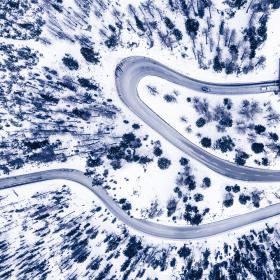 The headline is a little bit click-bait-y, but I want to highlight one of the easily overlooked risks of using slices in Golang. First of all, there’s nothing really wrong with the way slices work. A trade-off was made. It is not necessarily the same trade-off I would make, but such is engineering.

First, let’s map what a slice is because it might not be obvious unless you’ve been writing Golang programs for a while. Let’s start by thinking about an array. In Golang, an array is a fixed string of elements of a given type. For example, we might define an array of int32 with ten elements as follows:

The compiler keeps track of how many elements are in the array and any attempt to access an item outside the array will result in a compile time error. The memory used by an array is the number of elements times the length of each element. In the case of myArray in the example above, the size is exactly 40 bytes.

Each element of an array is individually addressable and can be read from and written to using the array syntax that every C-like language typically uses:

A slice, on the other hand, is like an array, but provides one additional layer of abstraction. The underlying data is identical to an array. But the slice itself is just a data structure that looks something like this:

On a 64-bit system, the size of a slice is 24 bytes. Then, the pointer points to an array that has capacity elements allocated. If the elements are int32 and the capacity is 10, then this will be an additional 40 byte allocation.

As such, if you try to access an item outside the slice, it is always a runtime error, not a compile time error. Your program will need to take care to avoid out of bounds errors or it will panic.

Here’s an example of a few different ways to initialize a slice in a program:

Then, we allocate four slices. These numbers will assume a 64-bit system, which should be the more usual case in 2023.

This additional layer of abstraction allows us to capture a subset of an underlying array (whether statically or dynamically allocated). This, then lets us share windows on a single array and also perform operations that let us easily expand the storage of a slice.

Consider these operations on the four slice we created above:

Let’s consider what each of these append operations actually do. In the case of slice1 and slice2, the capacity is equal to the length. This means, that to add another element will require a new allocation. I don’t know what allocation strategy Golang always uses, but in my experience, it doubles the previous allocation. That means that the first two operations will dynamically allocate 80 bytes to hold 20 int32 elements (4-bytes each). Then it will copy the 10 values in the previous data to the first 10 values of the newly allocated array. And then set the eleventh value to 42. The data in array1 will still be available (at least until the name goes out of scope) and won’t have been modified at all.

The second two are a little more interesting. In these cases, the capacity is greater than the length. Therefore, appending 42 will simply increase the length of the slice by one and set the eleventh element to 42. This means, in the case of the operation on slice3 that array2[10] has been set to 42.

And this is where the danger comes in…

Consider the following code, which shares the memory of a slice.

It’s obvious that any change to originalSlice will be reflect in copySlice, right? If I perform originalSlice[0] = 42, then I would expect copySlice[0] to also be 42. And the same is true in reverse. Any modification of copySlice will modify originalSlice. This is because both variables point to same underlying memory.

However, instead of making a copy, let’s just grab the last 5 elements of originalSlice as a sub-slice like this and then change the original:

Pop quiz: what is the value of subSlice[0]?

If you say 42, then you are correct. If you expect it to be 5, then you are mistaken. I just want to hammer it home, that taking a sub-slice is literally just getting a pointer to a subset of the original slice’s elements. If you have worked with slices long, this really ought to be a “duh” but it can still catch me off guard at times.

Where my Problems Come From

To be clear, I don’t really have a problem getting tripped up by this in most cases. Generally, I don’t even use overlapping slice references at all and when I do, it is usually easy to be careful.

However, when processing text, things can get pretty complicated. In these cases, I do sometimes get tripped up and make silly mistakes. I think this is a combination of a number of factors.

Let’s wrap up by considering how to cope with how Golang handles slices and shared memory here. If you want a cheap subset of the data, keep using those sub-slices. However, you really need to copy your data:

It may seem expensive to do this, but the copy built-in is generally pretty fast for most copies unless you start getting into significant megabytes of data. In which case, maybe you just need to be really careful or come up with a specialized data structure.

But for the typical case, this will suffice:

Explicitly allocate your new slice and then add that copy() built-in to perform the copy from one slice to the other. Now, modifications to each will be completely independent of each other. This is very fast in the majority of cases, it just is not quite as automatic as someSlice[5:].

Anyway, the trade-off Golang has made is to make getting segments of an array cheap and involve little to no copying in the default case. However, this is not the best in all situations. You should absolutely make those copies when you need them to protect yourself from obscure bugs and data corruption.

Anyway, I wanted to write the up to help me remember for next time and I hope it might come in handy for someone else who is either new-ish to the language or, like me, familiar with enough languages that one sometimes get a little mixed up because Golang handles this sort of situation a little differently. And it also contains a little primer on arrays and slices, which contains information I haven’t seen a lot of places.

I hope it has been useful.