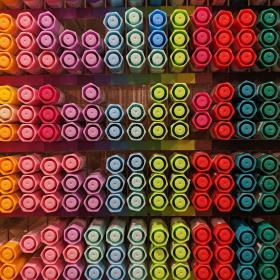 One of the earliest modules I wrote for Raku (then Perl 6) was ArrayHash. ArrayHash is basically a Hash that preserves key insertion order. I don’t remember what I originally wrote it to do, but I do still use it in one application I use every year or so to help me with a complicated task at work.

I don’t actually think the work itself is very interesting, but you might learn some bits about Raku internals through my work, so I hope this is useful to someone.

Going back to ArrayHash, the problem with it was that I wrote it at the same time that Perl 6 was initially being released. This means the code was mostly written before the GLR, The Great List Refactoring. It also means that it was written a long time ago and Raku has actually come a long way since then. I don’t have any particular reason to work on this thing, but it seemed like a fun project to dink around with right now, so I did.

To solve the problems it had, I re-engineered it. I didn’t fully rewrite it, but I did decide to go back to first principles to make sure it works like Raku Array and Hash does now. Since the initial writing, all sorts of details like how binding works got rejiggered a little, the way list flattening works got firmed up, etc. I wanted to take that into account. I think I got it mostly right.

The major changes are the way arguments are passed to methods now.

Let’s consider each of those in detail.

There are several reasons for this change. The clearest reason is that the constructors for neither Hash nor Array accept named arguments. For example:

All of those are above are named forms. There are some workarounds to this. Consider the following modification to the first example:

By adding that extra set of parenthesis, you are changing the context of the Raku parser so that now it is encountering named Pairs in a list rather than in a call. In this case, any Pair will be constructed as a Pair. Then, because the arguments to new are flattened, the Pairs get passed in as positional arguments.

This is not my favorite nuance of Raku, but it is there, so you need to be aware of it.

In addition to the obvious reason I gave above, there are a couple other practical reasons. Named arguments are intended for use as settings and configuration, so using them to populate the ArrayHash presented problems. The ArrayHash constructor itself took a named argument, :multivalued. That being present meant that passing a key with that name would likely not work as expected. This is not a problem if you use the multi-hash constructor, but still an overall inconsistency in the interface.

Another problem is that allowing named arguments meant testing was complicated. Named arguments have no order. In fact, the order will probably be different every time you run the program. Therefore, I had to do all sorts of acrobatics in the tests to be able to cope with some elements being inserted in a different order each time.

Anyway, this change makes everything cleaner and nicer.

No Binding at Construction Time

Previously, I did some acrobatics to ensure that values passed at construction time were bound. This was a mistake. It caused headaches. Binding has consequences and resulted in action at a distance. Consider this example:

The code above works in the new code because there is not binding. In the old code, though, it would have failed with an error like:

And so, to avoid these problems and the fact that neither Hash nor Array work anything like this, I have gotten rid of this mistake. If you want to bind now, you need to use the binding operator:

That works as expected.

And now for a feature added rather than removed: You can send Pair objects or pairs of objects as arguments wherever elements are passed. This should work very similar to how Hash constructors and methods work. For example:

Basically, all the methods now have the ability to take either explicit Pairs as arguments or pairs of objects that can be made into Pair objects. Just so you know the specifics, it works according to the following rules, which are similar to how these arguments works when passed to Hash methods.

The first item is expected to be a key or Pair:

So that is pretty much it. There are many other changes of smaller consequence and please file a bug report if you see an issue with the changes.