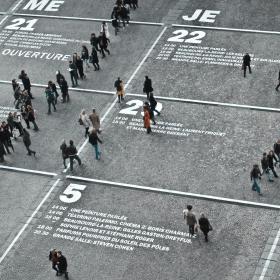 A large number of concurrency-oriented coding in Raku depends on the use of a Scheduler. Many async operations depend on the default scheduler created by the VM at the start of runtime. You can access this via the dynamic variable named $*SCHEDULER.

The most important feature of a Scheduler is the .cue method. Calling that method with a code reference will schedule the work for execution. The type of scheduler will determine what exactly that means.

That said, this is a low-level interface and you probably shouldn’t be calling .cue in most code. The best practice is to rely on high-level tools like start blocks which due this and construct a Promise for you to monitor the work.

So, you could build a very simple scheduler like this:

This is somewhat similar to what the CurrentThreadScheduler does.

Many async methods, such as the .start method on Promise, take a named :scheduler argument where you can pass a custom scheduler. In general, you can stick to the default scheduler. Probably the most common adjustment to a scheduler would be to change the number of threads in the thread pool or switch to using the current thread scheduler under some circumstances. Chances are you will need to do neither of these. And if you need something exotic, it may be reasonable to define your own scheduler as well. Things to consider.