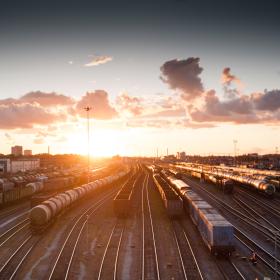 Before we get into the guts of this advent calendar for the next 23 days after today, I want to be sure to introduce the basic concepts I’m going to cover. I am calling this the Raku Async & Concurrency Advent Calendar, but what do those terms mean and how do they apply to Raku?

This advent calendar assumes a basic knowledge of Raku. If you don’t know Raku, but you are familiar with another language, I’m sure you will probably be able to follow along. However, this is aimed at intermediate to advanced developers, so I recommend one of these resources for learning Raku first:

That’s a silly contrived example, but the point is that we don’t actually receive the value until later. This style of programming is useful primarily when you know you need some work done, but don’t need the results immediately. This is especially useful when you might need to do other work in the meantime.

When does it make sense?

A couple example situations where async could be helpful:

Async is just a style of programing and it fits wherever you, the software developer, decide it fits. Some problems are more inherently asynchronous than others, but you could build them synchronously too. Use async when it suits you.

What are the tools?

In Raku, asynchronous programming is primarily performed through high-level, “composable” interfaces, such as Promise, Supply, and Channel. These are high-level because they provide an interface aimed at someone without needing to rigorously prove the safety of how these tools are used. You still have to be careful, to be sure, but the pitfalls are much reduced and should be more obvious from their interface. They are composable because they are designed to let you take different libraries using these interfaces and use them together in predictable ways.

Low-level tools, on the other hand, like Lock and Semaphore can be used in ways that result in unpredictable behavior when different libraries using these are combined. These too are available in Raku because sometimes you need to build with them, but they aren’t the bread and butter of Raku’s async programming.

So what does async look like in Raku? Here’s a basic counting program, but instead of using a loop, we’ll output each number every second.

This is functionally equivalent to running:

As you can see the syntax is very simple and hopefully easy to follow. You can even think of it as sort of being synchronous without getting into too much trouble. A goal of async programming in Raku is to make it accessible to those who don’t fully understand it to at least understand what is happening.

I took a class on concurrent programming in college. I’m afraid I passed the class without really grasping the topic very well. However, I think that’s partly because it is a hard concept to really understand by lifting the hood and looking at all the moving parts. However, it’s also partly because the class taught concurrency in mathematical terms and I’ve found the practical terms much easier to follow.

Running in lanes can be achieved in various ways, including:

In any case, you have a problem where the code in any given thread might be only fractionally complete with a task, so you need to make sure the threads interact with one another safely. This is called “thread safe code.”

There are a few basic programming styles for building thread safe code. I present them here from most preferred to least preferred style:

Raku provides specialized tools for handling each of these situations. Whenever writing concurrent programs, you should always aim for the top two coding styles when you can. These are the easiest to understand and maintain. However, the third option is sometimes the best

In Raku, we don’t tend to work with threads directly. Instead, we schedule blocks of code to run asynchronously. How the code is actually run depends on the scheduler used. The default scheduler on Rakudo will schedule blocks to run on a separate thread from the main thread.1

The primary means of scheduling a block to run is using a start block similar to the following example.

I, personally, refer to work scheduled this way or by other means as a “task” or a “subtask” depending on context. That’s not a Rakuism, though, so beware that the terminology of others may vary.

Anyway, the main point is that concurrency refers to running two different parts of your code simultaneously.

For example, here is a small parallel program in Raku:

When this program runs, Raku will schedule the tasks to run in multiple threads to iterate through all values in the range and double all 10 million values in batches. The work of dividing the work into batches and then choosing how to schedule them is what makes parallel programming a special topic of its own. This program is probably concurrent, but it is not async. We could do parallel programming asynchronously too, but we aren’t in this example.

Raku provides tooling that aims to make it easier to read your code when it is being formed asynchronously, concurrently, and in parallel. It also aims to encourage you to write your code in an inherently thread safe way by allowing you to safely transform state while operating in multiple threads simultaneously.

It is my hope that over the following 23 days, I will better equip you to decide when to embrace each of these features of Raku and how to do so in a way that makes your code faster while remaining easy for humans to parse and understand.