Multi-stage Docker builds are your friend 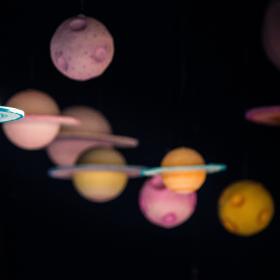 For my first real post of my new blog, let’s talk about multi-stage docker builds. This blog is built with the aid of just such a build. A multi-stage docker build gives you the ability to build multiple containers. In the case of my build, it helps me build a single end-product that’s uncluttered by extra build configuration and tooling.

Docker holds a place in the modern development pipeline for deployed applications similar to the role the classic Makefile has in building packaged applications. (There’s a reason the Dockerfile and Makefile use a similar nomenclature after all.) However, when building a deployed application, you often need to perform build tasks that create clutter. For example, if you’re building a C program, you’ll like need to install the build tools (sudo apt-get install build-essential) and then when you run make you get all those intermediate .o files needed for linking, and maybe you need to install Perl or Python to help run some of the glue code, etc.

Ideally, to save space, improve security, and just generally avoid having extra junk laying around, you want to avoid having all that flotsam and jetsam laying about in your container images. You could try to be extra diligent and uninstall those things and delete your files, but you probably won’t and there’s no guarantee you’ll really be able to get things pristine again. Furthermore, due to the multi-layered nature of a docker container image, those files you delete are still sort of there, they’ve just been hidden.

One way to rescue yourself from these problems is to use a multi-stage build in your Dockerfile. A multi-stage container helps clean-up the clutter without having to perform rm commands or apt-get remove. It also prevents carrying around deleted files in hidden layers because your final build can simply omit those layers when you use a multi-stage build.

How to multi-stage build?

A multi-stage build is really easy to do. First, make sure you have the latest version of Docker installed because this is a newer feature. (Also, security updates are thing. Why would you run an older version of Docker!?) Second, you need to have multiple FROM commands in your Dockerfile. Each FROM starts what amounts to a new container image:

This Dockerfile will now build two separate container images. The second of which will contain a file built in the first. All the extra source code and junk added to build the cool-program is only in the build container and left ouf of the final. This leaves your cooler-program completely free of all that unnecessary clutter.

If you build this and push the release container to Docker hub, only the build system is going to have the parts of the image for builder. You can, if you want, push the other images in the multi-stage build, but for this example, I probably wouldn’t. Only the release is important.

I am write this because I wrote just such a Dockerfile to build this web site, which is built from a three-stage Dockerfile.

This demonstrates how to cleanly build a Perl 6 installation without keeping the original source around.

If you are doing this with Perl 6, I the following knowledge may save you some time: When you use zef to do your build on a rakudo-star base container, all the build files go into the directory named /usr/share/perl6/site. You can safely copy that from one Rakudo* to another Rakudo* and you will have everything you need.

P.S. Here’s the source for this Dockerfile as of this writing. The above example is shorter, but I haven’t actually run that one. This one should be working because I copied it straight from the project into here.